The idea of earth secrets might be followed back to two classicists amid the seventeenth century- John Aubrey and William Stukeley who both accepted that Stonehenge was connected with the druids. Stukeley combined old landmarks and mythology towards a "glorified vision" of nature.

"Ley lines" were hypothesized by Alfred Watkins in 1921 at a presentation at the Woolhope Naturalists' Field Club, later distributed in Early British Trackways (1922) and The Old Straight Track (1925). Watkins framed the Old Straight Track Club in 1927, which was dynamic until 1935 however got to be outdated amid the World War II period. 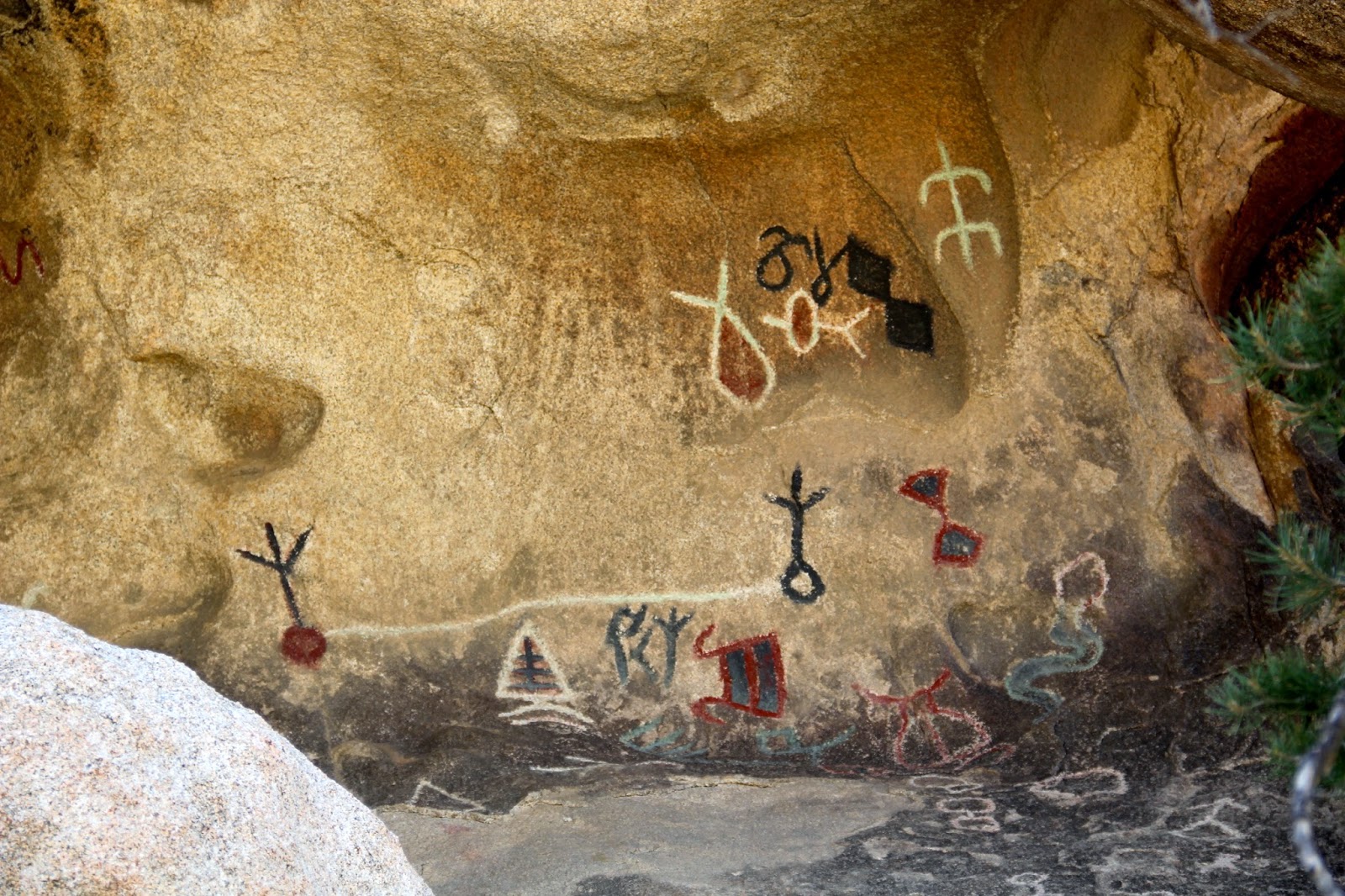 A restoration of enthusiasm toward the subject started in the 1960s, now connected with neopagan ebbs and flows like Wicca, and with Ufology. The "Ley Hunters' Club" was structured in 1962 by Philip Heselton and others as a restoration of Watkins' Straight Track Club. The club's diary The Ley Hunter showed up from 1965 to 1970 subtitled the Magazine of Earth Mysteries.

Advocates consider the Earth riddles to be "consecrated" and "mythopoeic" instead of experimental. The ley lines thought has been for the most part disregarded by the scholastic stronghold in the field of prehistoric studies. The work of scientists who help the paranormal parts of Earth puzzles have been broadly scrutinized by "expert debunkers, for example, James Randi, Martin Gardner, and the Committee for the Scientific Investigation of Claims of the Paranormal (CSICOP).

The Mary Celeste was a boat found in December 1872 surrendered and unmanned in the Atlantic. The group were never seen or got notification from again and what befell them is the subject of much theory. Their destiny is viewed as one of the best sea secrets ever.

The Flannan Isles riddle was the vanishing of three beacon guardians in 1900 who vanished from their obligation stations, deserting supplies imperative to surviving the antagonistic conditions at that area and time of year. Be that as it may, the authority clarification for the vanishings was ordinary, inferring that the men were cleared out to ocean by an oddity wave.

Louis Aimé Augustin Le Prince (conceived Metz 28 August 1841) was a creator who shot the first moving pictures on paper film utilizing a solitary lens Polaroid. He has been proclaimed as the "Father of Cinematography" since 1930. He was never ready to perform an arranged open exhibition in the United States in light of the fact that he obscurely vanished from a train on 16 September 1890. His body and baggage were never found, however, over after a century, a police chronicle was found to hold a photo of a suffocated man who could have been him.

Upali Wijewardene, a well-known Sri Lankan specialist, vanished on 13 February 1983 on a flight from Subang worldwide Airport (Malaysia) to Sri Lanka in his private plane.

Malaysia Airlines Flight 370 was a booked worldwide traveler flight from Kuala Lumpur to Beijing that lost contact with aviation authority on 8 March 2014, short of what a hour after takeoff. The flying machine, a Boeing 777-200er, was convey 12 Malaysian team parts and 227 travelers from 14 countries. There has been no affirmation of any flight trash and no accident site has been found
Posted by Brenda Paul at 06:31 371 comments


Mystery plays and miracle plays (sometimes distinguished as two different forms, although the terms are often used interchangeably) are among the earliest formally developed plays in medieval Europe. Medieval mystery plays focused on the representation of Bible stories in churches as tableaux with accompanying antiphonal song. They developed from the 10th to the 16th century, reaching the height of their popularity in the 15th century before being rendered obsolete by the rise of professional theatre. The name derives from mystery used in its sense of miracle, but an occasionally quoted derivation is from ministerium, meaning craft, and so the 'misteries' or plays performed by the craft guilds.
Posted by Brenda Paul at 05:44 319 comments

There’s a mystery in the Syrian desert shielded by the conflict tearing apart the Middle Eastern nation.

In 2009, archaeologist Robert Mason of the Royal Ontario Museum was at work at an ancient monastery when, walking nearby, he came across a series of rock formations: lines of stone, stone circles, and what appeared to be tombs.

Mason, who talked about the finds and about archaeology at the monastery on Wednesday at Harvard’s Semitic Museum, said that much more detailed examinations are needed to understand the structures, but that he isn’t sure when he will be able to return to Syria, if ever.

Analysis of fragments of stone tools found in the area suggests the rock formations are much older than the monastery, perhaps dating to the Neolithic Period or early Bronze Age, 6,000 to 10,000 years ago. Mason also saw corral-like stone formations called “desert kites,” which would have been used to trap gazelles and other animals. The region is dry today (“very scenic, if you like rocks,” Mason said), but was probably greener millennia ago.

It was clear, Mason said, that the purpose of the stone formations was entirely different from that of the stone-walled desert kites. The kites were arranged to take advantage of the landscape and direct the animals to a single place, while the more linear stone formations were made to stand out from the landscape. In addition, he said, there was no sign of habitats.
“What it looked like was a landscape for the dead and not for the living,” Mason said. “It’s something that needs more work and I don’t know if that’s ever going to happen.”

The monastery is home to many frescoes — some badly damaged— depicting Christian scenes, female saints, and Judgment Day.

In a talk in 2010, Mason said he felt like he’d stumbled onto England’s Salisbury Plain, where Stonehenge is located, leading to the formations being dubbed “Syria’s Stonehenge.”

Mason also talked about the monastery, Deir Mar Musa. Early work on the building likely began in the late 4th or early 5th century. It was occupied until the 1800s, though damaged repeatedly by earthquakes. Following refurbishment in the 1980s and 1990s, it became active again.

Mason thinks the monastery was originally a Roman watchtower that was partially destroyed by an earthquake and then rebuilt. The compound was enlarged, with new structures added until it reached the size of the modern complex, clinging to a dry cliff face in the desert about 50 miles north of Damascus.

Mason was searching Roman watchtowers when he came across the stone lines, circles, and possible tombs.

The monastery is the home to many frescoes — some badly damaged — depicting Christian scenes, female saints, and Judgment Day. Mason also explored a series of small caves that he believes were excavated and lived in by the monks, who returned to the monastery for church services.
Mason said that if he’s able to return, he’d like to excavate the area under the church’s main altar, where he thinks there might be an entrance to underground tombs. He’s already received the permission of the monastery’s superior, who was recently ejected from the country.
Posted by Brenda Paul at 03:36 239 comments 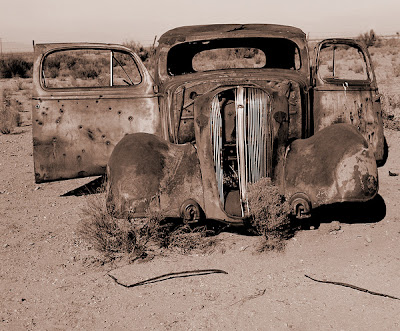